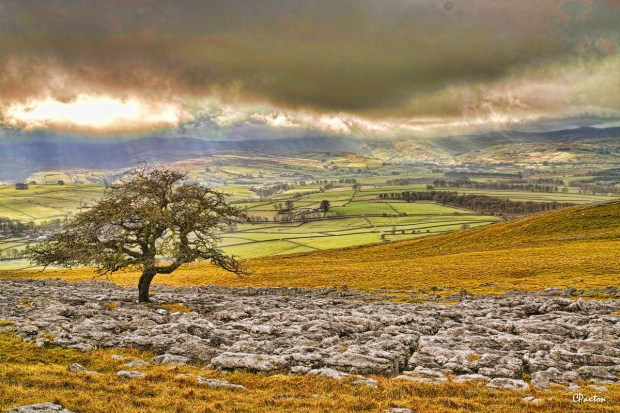 Limestone pavement on Orton Scar is part of the beautiful Cumbrian countryside that will be enjoined with the Yorkshire Dales National Park. Photo and copyright C . Paxton.

The Secretary of State has decided to approve extensions to the Lake District and Yorkshire Dales National Parks. This follows a long and thorough investigation process launched in 2012 that included public consultations by surveys and public meetings into the desirability of the areas that were under consideration for selection by Natural England to be designated National Park status. Together the LDNP and YDNP form a huge protected area that covers much of the best countryside of the ancient British Kingdom of Brigantia.

The Yorkshire Dales National Park boundary has expanded by about 25%, adding some delightful parts of Cumbria that were formerly assigned to old Westmorland. Indeed some of the most beautiful places in YDNP are Cumbrian. These new Westmorland additions are landscapes of wild beauty in the case of the upland limestone moorland of Crosby Ravensworth Fell, Great Asby and Orton Scar. Here ravens soar over prehistoric cairn circles such as the White Hag,  and stone circles such as Gamelands and Oddendale, and funerary Cairn circle mounds like Penhurrock where bones of abnormal size were said to have been unearthed. These moors are reputedly haunted by a headless horseman on Gaythorne Plain.

I’ll be adding more pictures to this page in weeks to come that will hopefully convey some of this area’s charming qualities.  http://westmorlandfells.com/westmorlandcharm.html

Where the newly added Dales are concerned, they are rich in old world, ‘Hobbity’ appeal – Orton with its lovely village shop and chocolate factory, Crosby Ravensworth with the winding Llyvennet river, where King Urien of Rheged supposedly best loved to unwind and The Butchers Arms Community Pub.  Maulds Meaburn with its delightful riparian village green dotted with lambs.

Though not within the National Park itself, the Market Town of Appleby-in-Westmorland, is well worth a visit too.

Not only are these additions very delightful landscapes in their own right, many also contain sites of great antiquity and other cultural treasures and have been rightly identified as having superb recreational value.

You can read the letters from the Right Honourable Elizabeth Truss MP Secretary of State for the Environment, Food and Rural Affairs here

and view the maps here

One of Cumbria’s largest stone circles and also one of the most accessible can be found just about a mile from Orton Village and is reached from a turn-off to the right on the road to Sunbiggin.

Gamelands Stone circle with the wild Howgills in the background.

Though there isn’t much song and dance made of it, Gamelands is a whopper and well worth seeing. Over 100 ft in diameter and with 40 stones still remaining, most of the distinctive pink Shap granite, it is thought to be Neolithic in age, but mesolithic stone tools have been found in the area and Tom Clare’s observation that this site was associated with a nearby spring would make the site strongly appealing to the hunter-gatherers. See Megalithic Portal for more information and photos of Gamelands.

All the stones are fallen, but some are still 1 meter tall in repose.  The circle is overlooked by the Castle Folds settlement on the lovely limestone escarpment and though it is on the Coast-to-coast route this fine walking country attracts walkers for the many shorter walks too. The limestone pavement and sweeping views make walking in this area very rewarding.

The Orton area has much to recommend it, whether you are interested in walking in the fine countryside or shopping for nice local produce including super cheese, poultry, pork and beef, vegetables, baked goods and Kennedys Fine Chocolates, I think you’ll agree it has a lot of charm.

The Orton Farmer’s Market is held monthly on the second Saturday. 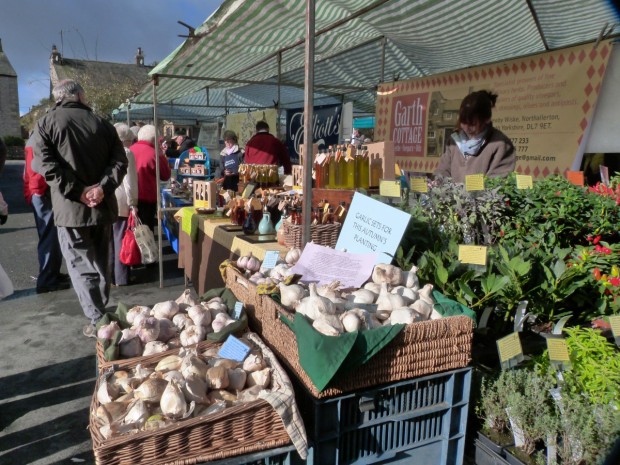 Orton Farmers Market is popular with residents and visitors.